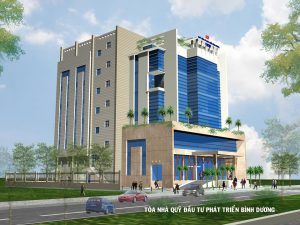 BDIF is a local state financial institution, BDIF has functions and duties:

– Mobilizing medium and long term capital from both domestic and overseas organisations and individuals in accordance with the laws to generate the capital sources to carry out the projects of infrastructure and socioeconomic development of Binh Duong province.

– Investing indirectly and directly in accordance with lending list of BDIF which was promulgated by the People’s committee of Binh Duong province in each period.

– BDIF operates on the principles of financial autonomy, not for profit and capital preservation and development. Receives entrustment capital from province’s budget, domestic and overseas organisations and individuals to carry out entrustment contract.

– Be entrusted to manage activities of credit guarantee fund for small and medium-sized enterprises in Binh Duong province.